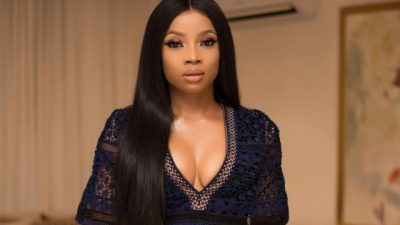 The Nigerian media personality took to Instagram to celebrate her huge fortune.

Leus Bleus took the lead, after Antoine Griezmann’s free-kick crept in, via a deflection off Mario Mandzukic.

Ivan Perisic equalized with his fourth goal of the tournament, firing past Hugo Lloris from inside the box.

The referee adjudged that Perisic handled the ball, after viewing replays from VAR and awarded a penalty, which Griezmann tucked away calmly.

Paul Pogba stretched France’s lead with a third around the hour mark, before Kylian Mbappe made it 4-1 with a vicious drive.

Mandzukic pulled one back after Lloris dithered on a back pass.