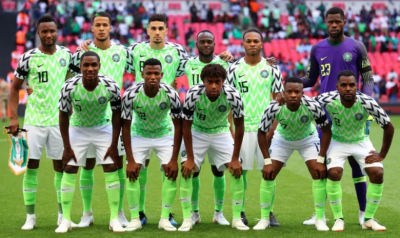 Head coach of the Super Eagles, Gernor Rohr, has named his final 23-man squad for the 2018 World Cup.

Rohr has dropped Ola Aina and Mikel Agu from the players that traveled to London to play the Three Lions yesterday.

Nigeria will face Czech Republic in their next warm up game on Wednesday, before heading out to Russia and getting their 2018 FIFA World Cup campaign underway in two weeks’ time.