Home / Latest Updates / 2019: I Am Under Pressure To Vie For Senate, Chris Ngige 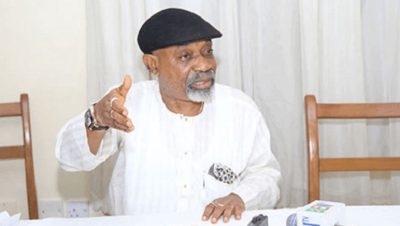 The Minister of Labour and Employment, Dr Chris Ngige, on Monday, disclosed that he was considering contesting for the Anambra Central senatorial seat in the 2019 general elections.

The minister stated this at a press briefing in Obosi, Idemili North Local Government Area of Anambra State, saying he was under pressure from people of the zone, Anambra State and South-East leader to contest the election.

He, however, said he was still considering the request and would make his stand known within the next two weeks. Ngige, if he vies, would be squaring up against Chief Victor Umeh, who currently represents the senatorial district.

dailypost
*Please forget the senate ooooooooooooooooh…i really dont understand why they all want to end up in the senate,the money perhaps?or the drama or what?