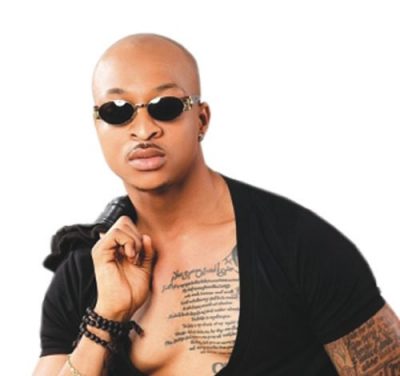 Talented actor and father, IK Ogbonna, in a recent chat with Vanguard’s Potpourri, called out billionaires and millionaires who will rather dole out cash to girls for sex than help people with viable business plans. According to the actor there are ‘many rich men that give girls 10,000 dollars, 15,000 dollars every day after having sex with them’ but would not create jobs for the poor.

“To all the millionaires and billionaires out there, let’s try and create millionaires. You don’t wait for the government to do that, that’s not their job; the government is supposed to try and make things easier for us to live. There are so many rich men that give girls 10,000 dollars, 15,000 dollars every day after having sex with them. How about every month you bring out N10 million, look for someone that has initiative and a good business plan and invest in his life? You don’t need to dash him the money but let him pay you back in a year’s time. If 100 billionaires can come out today and do this every month to make a millionaire, in that way you are creating labour and making jobs for people and making their lives easier. Let all those rich men out there feed into this little wisdom and try and work with it,” he said.

Ik then advises young ladies, who sell their body for money…

“I feel it’s high time we tackled some certain things if we really love our people and want ourselves to grow. You must not sell your body to become someone in life;  that way, you’re not fulfilled but when you become someone in life and then you look back and you can tell yourself that you did not sell your body to become who you are, you have this inner fulfillment in you that no one can give you,” he said.