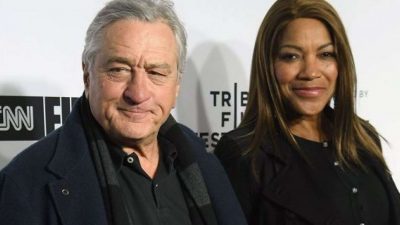 Robert and Grace tied the knot in 1997 after dating for over a decade. They have 2 children together, 20-year-old son Elliot and 6-year-old daughter Helen.

Robert and Grace have been down this road before … Robert filed for divorce in 1999, two years into their union, but they never went all the way through with it.

The couple instead renewed their wedding vows in 2004, in front of a star-studded crowd including Meryl Streep, Ben Stiller and Martin Scorsese. Robert and Grace first met in 1987, when she was working at Mr. Chow in London.

This isn’t the first time the pair have separated. Per People, two years after their wedding, De Niro filed for divorce, and a custody dispute reportedly ensued over their son. However, things were smoothed over and the divorce was not finalized.

De Niro was previously married to Diahnne Abbott, with whom he shares two children — daughter Drena, 47, and son Raphael, 42. He also has 23-year-old twin sons, Julian and Aaron, with ex Toukie Smith.