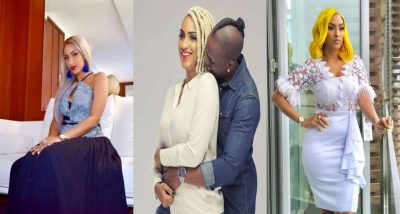 Actress Juliet Ibrahim’s ex Icebergslim has shared a message on social media,talking about a toxic person who has chosen to misinform the public because of the person’s inability to be in control.

Although he did not  mention names, but it might not be unrelated with the recent break-up confirmation by his ex, Juliet Ibrahim.

Earlier on, actress, Juliet Ibrahim confirmed that she has broken up with Iceberg Slim, she made this known in an interview with Joy News, saying:

“The thing is we don’t want to go for anybody, I carried myself. When you are in love, you do crazy things and things happen and you move on”.

“I don’t know because they say and I hear all sorts of things but people close to me know what happened. I wouldn’t say because no matter what I respect the people that I have been with. We broke up on a mutual term.”