Home / Gist / Actress Lillian Afegbai Threatens To Report Abuja Photographer, Says If I Don’t Get My Money Back I Will Report You To Police 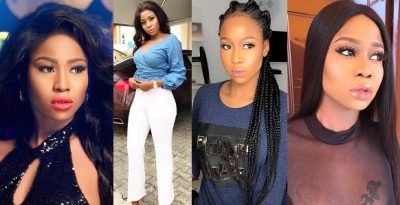 Actress, Lilian Afegbai, celebrated her birthday recently. While she had a good time, a photographer, Byjaru, almost spoilt the moment for her.

Afegbai allegedly booked Byjaru for a photo shoot that they were supposed to have in Abuja. However, after the actress flew to Abuja from Lagos, the photographer didn’t get herself together on time, and has still refused to send the pictures taken to Lilian days after her birthday.

Explaining her grudge to Sunday Scoop, she said, “Let’s even assume the money I paid her wasn’t enough, she should have just said she couldn’t do the job. If she knew she couldn’t pull it off, she should have let me know beforehand. After making me go all the way from Lagos to Abuja for a shoot, she disappointed me. Some of my loved ones even felt I was stupid for going all the way to Abuja to take pictures but there was a particular look I wanted to achieve and that was why I insisted. The most annoying thing is that she was just so rude and nonchalant about it. It is not acceptable the way some people act these days. We need to understand that having a strong work ethic is very important and professionalism is key. If you know you can’t do something, be upfront about it.”

Reacting to some people who have labelled her a troublemaker for taking the matter to the Internet, Lilian said, “Before I made the post online, I pleaded with her to do the right thing. But she sent me a voice note, sounding nonchalant about what she did. That was what got me upset. At the end of the day, people are entitled to their opinions and I am also entitled to my opinions; I am a human being too.”

On what is currently being done to remedy the situation, Afegbai said, “She said she’s not going to refund my money. The last time I called her phone, she hung up. If she’s annoyed that I went on social media, then she must be very silly. I went on the Internet because I was upset and I wanted people to know what she did so she wouldn’t do it to another person tomorrow. It was my birthday pictures and it was very important to me. I knew that it was going to make me happy and that’s why I decided to do it. I know at the end of the day, she’s going to pay my money. I’ll make sure she does that. I will still reach out to her but if she doesn’t budge, I will go to the police.”

Speaking on her current projects, Afegbai said, “I have been busy on the set of TV series, Ajoche. We shoot a lot every week and it takes a lot of my time. I also just finished work on my movie three days before I travelled to Abuja for the photo session.”

Though many actresses have complained that the industry doesn’t pay well, Afegbai says she has been able to get by. “I don’t limit myself. I’m also an entrepreneur. Acting for me is more about passion than money; I have always loved the profession. However, the industry does pay but as people, our needs are insatiable, so we always want more. I think people should have other streams of income though.”