Home / Gist / Actress Moyo Lawal Twerks For The Gram, Get Blasts By Fans 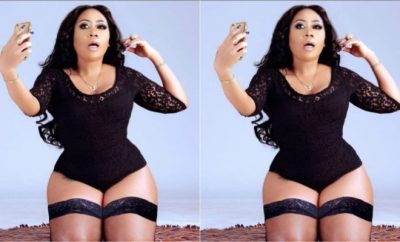 Some fans of Nigerian actress,Moyo Lawal were not impressed after she shared a video, twerking to Wizkid’s Soco.

Nollywood actress, Moyo Lawal who is known for posting racy and suggestive pictures and also stirring up controversies with her work as an entertainer is facing some tongue-lash by her fans and non-fans.

Some castigated her for her actions ,even going as afar as calling her lewd names.