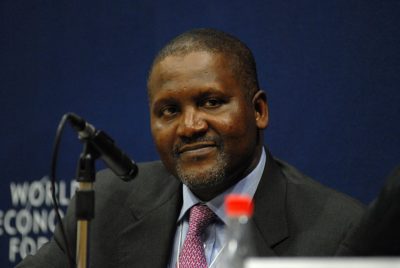 Of the nearly 7.5 billion people on the planet, Forbes has identified one person out of every 100 million whose actions mean the most.

Africa’s richest man and Nigerian business mogul, Alhaji Aliko Dangote was the only Nigerian to make the 75 Most Powerful People in 2018, according to a list released by Forbes.He’s pegged on 66th position coming a spot ahead of Vice President of the United States of America, Mike Pence who’s pegged on number 67 on the list