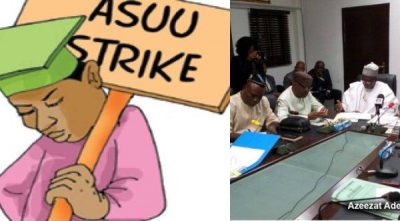 Academic Staff Union of Universities, ASUU has began an indefinite strike today. Also the organised labour Sunday night shunned meeting organised by the Federal Government to resolve the impasse on the new minimum wage.
None of the labour leaders attended the meeting at the office of the Secretary to the Government of the Federation, Boss Mustapha. Hopefully, they won’t begin theirs tomorrow.