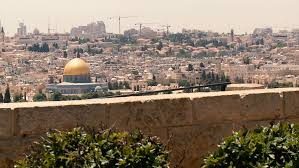 Australia will consider recognising Jerusalem as Israel’s capital and moving its embassy there from Tel Aviv, Prime Minister Scott Morrison says.If acted upon, the move would follow a recent policy shift by the US that has drawn criticism internationally.

Political opponents said Mr Morrison’s comments were a “deceitful” ploy for votes ahead of a crucial by-election.

The status of Jerusalem is one of the most contested issues between Israel and the Palestinians.

US President Donald Trump drew international criticism last year when he reversed decades of American foreign policy by recognising the ancient city as Israel’s capital. The US embassy was relocated from Tel Aviv to Jerusalem in May.