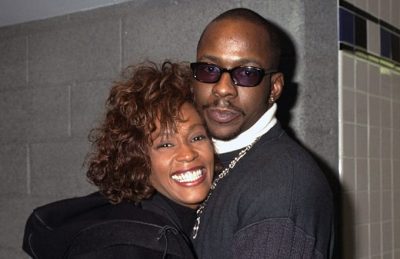 Attorneys for Whitney Houston‘s former husband Bobby Brown, have sued Showtime Networks and the BBC over the documentary “Whitney: Can I Be Me,” alleging that Showtime, the BBC and several other defendants violated their rights by improperly using footage from the production of the 2005 reality series “Being Bobby Brown.”

The lawsuit claims that Brown never signed a release for the film to utilize footage from the 2005 reality TV series “Being Bobby Brown”. The lawsuit adds that Brown never consented for his likenesses to appear in the film at all. The complaint also points out that Brown’s production company Brownhouse Entertainment is credited at the end of the film. Brown’s legal team argues that the credits falsely suggest that Brownhouse authorized the footage that appears in the movie.

In the lawsuit filed in U.S. District Court’s New York southern district,Brown is asking for $2 million from defendants Passion Pictures, Tracey Baker-Simmons, Wanda Shelley, B2 Entertainment and Simmons Shelley Entertainment, as well as Showtime and the BBC.