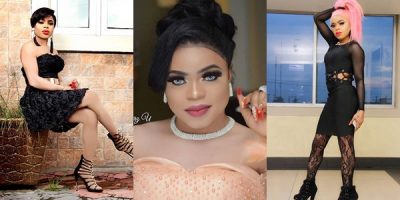 Popular crossdresser, Bobrisky would be turning a year older in two weeks and Bob is taking the party to London.

Not just the party, he is about to make some money too if all turns out in his favour. Now this is it, popular show biz promoter in London, Smade would be hosting Bobrisky. Now from what we know so far, Bob won’t be spending a dime, ofcus if you are being hosted, you just go there with friends to drink. How will Smade make his money back’?

Well, they are trying a Meet & Greet thing and afterwards, they would try to arrange him for special club appearances too. And by so doing, Bob would get paid.

How do I mean? If he gets invited to a club, Nigerians in London would want to see him, meaning the club will make more money that night as patronage would increase, and ofcus Bob would demand a fee too. Cool?