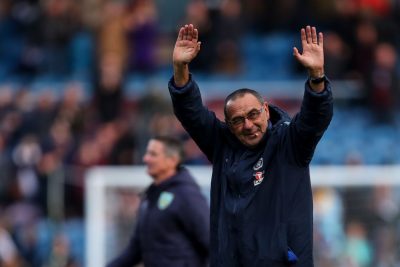 Chelsea boss, Maurizio Sarri has set a new record for the longest unbeaten run by a new Premier League manager in his first season. This he realised after Sunday’s 3-1 win against Crystal Palace. Chelsea also made it 11 league games without defeat, taking them up to second place in Premier League table.

They are level on points with Liverpool, but ahead of Jurgen Klopp’s side on goal difference. It is the longest unbeaten run by a new manager in the English topflight at the start of their reign.The Italian equalled the 11 games without defeat Frank Clark racked up back in 1994.

However, Clark was in his second season as Forest manager, having got the side promoted from the First Division following the departure of Brian Clough a year earlier. However, the Italian was unconcerned about making history before facing Palace.

Sarri had told pre-match conference, “I don’t want to think about the record.

“The record is only a consequence.”