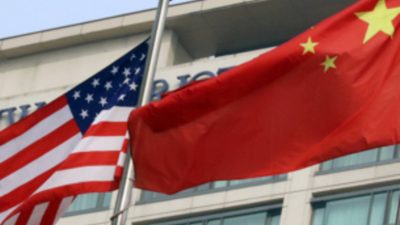 Oh everything is happening under President Trump.

US tariffs on $34bn (£25.7bn) of Chinese goods have come into effect, signalling the start of a trade war between the world’s two largest economies.The 25% levy came into effect at midnight Washington time.

China has retaliated by imposing a similar 25% tariff on 545 US products, also worth a total of $34bn.

Beijing accused the US of starting the “largest trade war in economic history”.

Two companies in Shanghai told the BBC that customs authorities were delaying clearance processes for US imports on Friday.

The American tariffs are the result of President Donald Trump’s bid to protect US jobs and stop “unfair transfers of American technology and intellectual property to China”.

The White House said it would consult on tariffs on another $16bn of products, which Mr Trump has suggested could come into effect later this month.