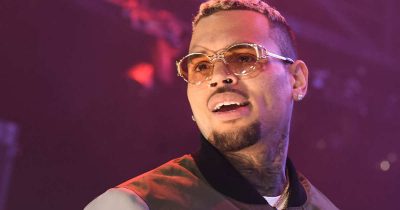 Attorney Gloria Allred has filed a lawsuit Wednesday on behalf of a young woman who alleges she was sexually assaulted and raped repeatedly while imprisoned in one of the bedrooms of singer Chris Brown’s house.

Allred, who has led numerous high-profile legal battles, including that of fallen comedian Bill Cosby, appeared at Los Angeles County Superior Court.The alleged victim was not present with Allred and wished to assert her privacy rights.

According to the lawsuit, the woman attended a concert at One Oak on Feb. 23, 2017. At one point, she was allegedly invited to attend an after-party at a recording studio to meet Grissom and Brown.

However, when she arrived at the studio, she claims her her phone was taken away from her on Brown’s orders.

Doe, who then wanted to leave, asked for her phone back, but Grissom refused, insisting the group would be heading to Brown’s home. Doe insisted she was forced to visit Brown’s home because it would be the only way she could retrieve her phone.

“At Brown’s house, Brown provided alcohol and illicit drugs to his guests and/or the guests consumed drugs that they carried onto the premises,” wrote Allred.

“Plaintiff believes that the drugs Brown provided to his guests or that were brought by his guests were or included cocaine, ‘Molly,’ and marijuana.

“Brown handed each female guest, including [Doe], a clear pill filled with white powder and instructed them to take it to have a ‘good time.’ [Doe] did not follow these instructions and declined to consume the pill(s).”

Doe claimed that as the party continued she attempted to isolate herself from other guests and sat near the kitchen in hopes that the other partiers would ignore her. Doe said she felt intimidated by the “aggressive behavior” she experienced, as well as the alleged multiple guns Brown and Grissom carried.

Her mother, who attempted to contact her daughter, used a software to track down her daughter phone at Brown’s home. She then called the police in hopes they would search for Doe.

However, when the officials arrived, Brown allegedly refused to open the gate and denied the police access to his property. He allegedly then ordered Grissom and others to “hide a duffel bag filled with guns.”

When police ultimately left the area, he allegedly continued to supply his guests with more drugs and alcohol. Doe said she observed Brown carrying one gun and waving it in the air.

The lawsuit further claims Doe, along with other female guests, were imprisoned in one of Brown’s bedrooms, which was barricaded by a couch, and forced to take off their clothes and engage in sexual acts.

Doe said Brown and Grissom appeared to be under the influence of drugs and forced themselves upon her against her will.

Brown allegedly began to play music loudly and turned on the TV in the bedroom to cover up any sounds of resistance. He also played pornography loudly to “create a hyper-sexualized environment in the sealed bedroom.”

Doe said when she went to the restroom, she was covered in blood. She still tried to leave, but Grissom would rape her multiple times.

According to the suit, Doe went to a rape treatment center and reported the multiple assaults to police.

“This is one of the most horrific cases involving alleged sexual assaults that I have ever seen, and our client, Jane Doe, has been severely traumatized by what she was forced to suffer,” wrote Allred. “She filed this lawsuit because she wants justice for herself, but she also wants to warn other young women about the potential danger to themselves if they have their phone taken away and if they go to Chris Brown’s house.”

“She does not want any other young woman to endure the violent sexual assaults that she was forced to endure in an environment of guns and drugs,” she added.