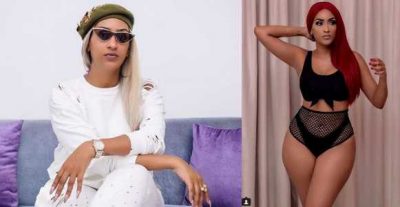 Following her recent break up with rapper, Icebergslim, Nollywood actress Juliet Ibrahim is advising ladies not to ‘lose a good side nigga over your boyfriend’.

In her words, ‘don’t lose a good side nigga over your boyfriend. If your boyfriend was a good dude you wouldn’t need a side nigga. Don’t compare your real life to someone else’s controlled online content’.

Recall that few weeks ago, Iceberg Slim spoke about his break up with actress, Juliet Ibrahim. Ibrahim had during an interview confirmed that she exited the relationship on mutual understanding.

“I don’t know because they say and I hear all sorts of things but people close to me know what happened. I wouldn’t say because no matter what, I respect the people that I have been with. We broke up on a mutual term.

“When toxic person can no longer control you, they’ll try to control how others see you.

“The Misinformation will feel unfair, but stay above it, trusting that other people will see the truth, just like you did”