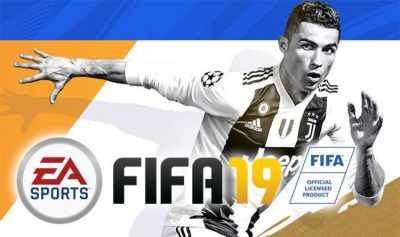 Cristiano Ronaldo has been removed from the FIFA 19 social media promos by EA Sports in the wake of his r-pe allegations.The Juventus superstar is subject to a lawsuit by Kathryn Mayorga, who claims she was r-ped back in 2009 at a Las Vegas hotel.

Ronaldo is on the cover of this year’s edition of FIFA once again, but his image has been taken down from the social media platforms.

Apart from on the game cover, the 33-year-old does not even feature on the company’s website as the investigation by the Las Vegas Police Department is conducted.

EA Sports said: “We have seen the concerning report that details allegations against Cristiano Ronaldo.

“We are closely monitoring the situation, as we expect cover athletes and ambassadors to conduct themselves in a manner that is consistent with EA’s values.”

Earlier in the week, Nike said they were ‘deeply concerned by the disturbing allegations’ made by Mayorga who claims Ronaldo forced her to have s-x with him.
Despite the allegations, Ronaldo has the backing of his club and also issued a statement of his own.