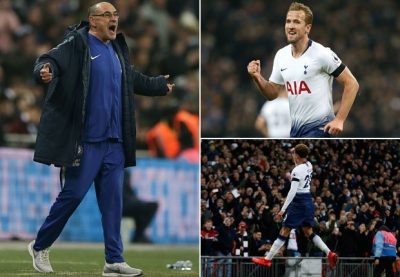 Chelsea manager, Maurizio Sarri, has lashed out at his players following their 3-1 defeat to Tottenham Hotspur on Saturday. Dele Alli, Harry Kane and Heung-Min Son scored for Spurs, before Olivier Giroud headed in a late consolation. The loss ended the Blues’ unbeaten start to this campaign and Sarri admits he always knew there were problems to sort out.

“I knew very well we had a lot of problems to solve, and today it was clear for everybody to see,” he told Chelsea TV, before adding that their approach to the start of the game was again an issue.

Sarri also said Tottenham were the better team – all 11 players out of 11. According to the Italian, he could have made 11 changes and it wouldn’t have made a difference.