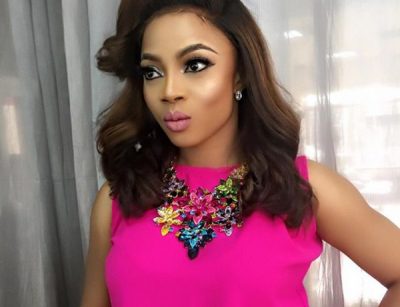 Toke Makinwa has been accused by Instagram users of undergoing plastic surgery to enhance her hips. This was after she shared a gorgeous picture which shows her looking voluptuous with wide hips.

Her new look had some fans castigating her while others praised her surgeon. One even said it was hip surgery she did when she announced that she had surgery for fibroid. See screenshot below.

Well, in a post Toke Makinwa shared 2 months ago, she revealed that many people who have criticized and even cursed her have ended up being fed by her. Are you thinking what I’m thinking? Read her post below.

Funny how people see the now and feel it just happened, what my eye has seen in this industry to get to where I am today ehn….. God is good

From “her own is too much, she’ll do anything for attention, it’s all hype, eww  this YouTube thing she does etc” now almost everyone has Vlogs, taking pictures, putting themselves out there, my people focus on your focus and do you.

People hate what they want so bad, they hate you cos you are not afraid to live. You take the risk, they steady praying it’ll fail and once it doesn’t, they hate you for daring to be different.

I have fed mouths that have cursed me, stuck my neck out for people that’ll take my plate in a heartbeat. But for God, my own for don finish
Just keep praying, working, fighting for your own, trust that God doesn’t sleep and he sees it all. You will always win.

One time I got an opportunity to host a gig, I was in a meeting with the organizers when a colleague of mine called in, the phone was on speaker and the first thing she asked was why Toke Makinwa? I’ve been here longer than her, I’ll do it for half of what she’s demanding”