Home / Gist / F**K Them, Davido Rants As He Is Denied Eko Atlantic As Concert Venue 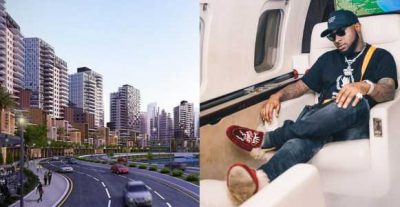 DMW BOSS, Davido has been barred from using the Eko Atlantic as his December 27th concert venue. The aggrieved singer took to Twitter to rant, following the denial.

So my show this December at eko Atlantic Was not approved … I wonder why ? Hmmm ANYWAYS ANNOUNCING A NEW VENUE SOON!! ITS A DIRTY GAME BUT I CANT BE STOPPED!! 🔥🌍🌍🔊🔊🚀

“Nah the highest dem fit do be that ! I I WILL SUPPORT WHO I WANT TO SUPPORT AND WILL NOT SWITCH SIDES OVER A F–KING VENUE !! ITS F–K EM! DEC 27TH CITY OF DAVID CONCERT STILL ON! ANNOUNCING VENUE SOON! LOVE YALL ❤️❤️🔊🔊🌍🌍😈😈“, he tweeted.