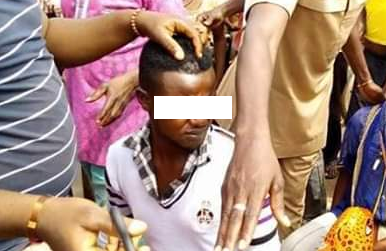 A member of a vigilante group has reportedly shot and killed a young man, whose name was given as Abbati Mahmud, at the Rariya Quarters in Bauchi metropolis, Bauchi State.
The incident occurred when the group was enforcing compulsory shaving of heads by men in the area.

He stated, “We received a report on the death of a young man, who was allegedly shot dead by a member of the vigilante group at the Rariya Quarters.

“We have commenced investigation into the incident and whoever is found guilty will be prosecuted. So far, we have arrested two people in connection with the incident.”

Abubakar, a Deputy Superintendent of Police, who said that Mahmud died on December 3 around 9.30pm, cautioned members of the vigilante group against taking the laws into their hands, adding that they must operate within the ambit of the law.

“If the group makes an arrest or if it is investigating something beyond its power, it should report it to the police or submit the suspect it has arrested to the police for proper investigation and prosecution,” he said.

An eyewitness, Yahuza Shehu, told journalists that the vigilante members came to his shop located at Rariya Quarters around 8pm to shave the head of one Mubarak.

He said, “When they removed Mubarak’s cap, they discovered that he had already shaved his head, so they left and later came back in large numbers, claiming that they heard that some people were making uncomplimentary statements about them.

“This led to an argument and the deceased took his younger siblings and kept them in one room; they were eight in the room.

“But one of the vigilantes forced the window opened, pointed his gun inside the room and shot Mahmud to death. We discovered over 58 gun pellets in his body; one of the pellets hit someone called Aliyu on his leg and injured him.”