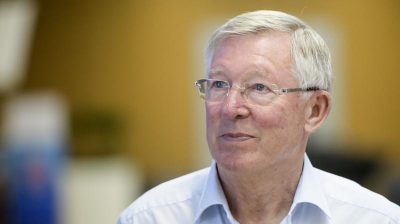 Sir Alex Ferguson’s first words after coming round from brain haemorrhage surgery were: ‘How did Doncaster get on?’

The Scotsman collapsed in his Chesire home on Saturday and was rushed to hospital hours before son Darren’s Doncaster Rovers lost 1-0 to Wigan in the final match of the season.
Fergie, 76, lifted spirits and stunned his family minutes after recovering from his emergency surgery by joking about flying to Kiev in two weeks time for the Champions League final.

The Manchester United legend admitted his recovery will stop him attending his former club’s FA Cup Wembley clash with Chelsea next week. According to the Sun, he told family at his hospital bedside: ‘Aye, the Cup Final is out, but what about Kiev?’