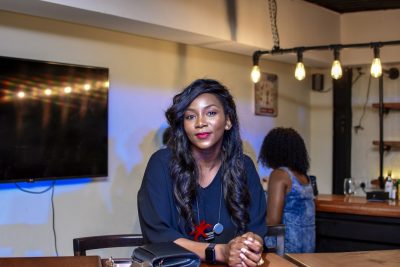 For those itching to see Nollywood actress Genevieve Nnaji back on the screen again, this is a piece of sad news.

Genevieve, who won won the Africa Movie Academy Award for Best Actress in a Leading Role in 2005, may not be coming back any time soon as she has found herself a new love.

Her new business interest according to a top Nollywood source is real estate.The actress has partnered with a top real estate firm in Abuja to develop a new estate which is now her number one source of income.

Her new business line as it is, is less competitive and very profitable.
Don’t expect her back on the big screen because sources revealed that she has been rejecting scripts since 2017.

“She could return anytime she likes the script presented to her,” the source said.

Genevieve has starred in over 80 movies and is considered to be one of the best paid actresses in Nollywood.
Due to her contributions to the Nigeria movie industry, she became the first actress to be awarded Best Actress at the 2001 City Peoples Awards, the award ceremony that previously had only recognized politicians and business conglomerates.
She is also the first actress to be awarded as Best Actress by the Census Board of Nigeria in 2003.
In 2009, she was referred to as the Julia Roberts of Africa by Oprah Winfrey.
In 2004, Nnaji signed a recording contract with EKB Records, a Ghanaian record label, and released her debut album `One Logologo line’, a mix of R&B and Urban music.
In November 2015, Nnaji produced her first movie called “Road to Yesterday’’ which won Best Movie Overall-West Africa at the 2016 Africa Magic Viewers Choice Awards.