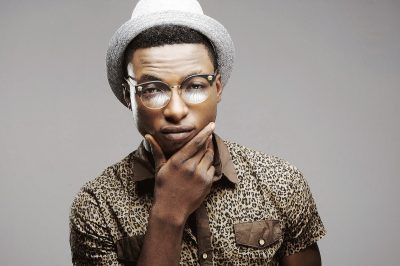 Following reports that Ayorinde Kehinde, popularly known as DJ Kaywise, had a ghastly auto crash in Abuja, a lot of people have been anxious about the disc jockey’s health. This is understandable as the car was so badly damaged that it didn’t look like anyone could have come out of it alive.

In a chat with Sunday Scoop, DJ Kaywise stated that it is only God that can explain how the four people inside the car survived without sustaining serious injuries. “The news of my accident wasn’t a publicity stunt. It happened in Abuja while we were rushing to the airport because I had another show in Lagos. I wasn’t aware what happened but the next thing we knew was that the car somersaulted. We were four in the car and no one sustained serious injuries. All I did was close my eyes and prayed to God to save us.

“After coming out of the car, I knelt down on the road to thank God. The car was really damaged.”

Kaywise also stated that his twin brother was one of the people in the car when the accident occurred, adding that he couldn’t inform their parents because he didn’t want them to panic. “By the time I woke up the next morning, the news was everywhere. I then felt it was better I called my mother before people started calling her,” he said