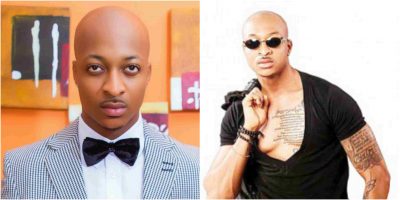 Popular actor, IK Ogbonna, speaks with JOY MARCUS about his career, marriage and other issues

When did you realise that you had an interest in acting?

At some point in my life, I knew I wanted to be in the spotlight, impacting lives and doing something positive. It was not about becoming a celebrity really, I just wanted to be able to affect lives on a wider scale. In 2005, I attended auditions for the Amstel Malta Box Office television show in Abuja. I decided to try it out, not knowing if I could act or not. I went to Abuja for the audition and I was picked. So, I came for the other auditions in Lagos and that was what necessitated my coming to Lagos. I thought it would be an automatic entry for me into the industry but it was not. So, I focused on the modelling aspect of my life because I had been a model for many years.

How was your journey into the movie industry?

I met Elvis Chucks who gave me the opportunity to present two shows on TV, Amstel Malta Legend and Musical Vibes. He always knew I had something in me that I wasn’t exploring. He cast me in a few of his TV series such as Secrets and Scandals for two seasons. At that time, I was doing it because it was an opportunity to do something and not because it was what I wanted to do. I was more focused on my modelling career. Then, in 2013, I met actress, Rukky Sanda, at a club, and she decided to feature me in the movie she was producing at the time. When I got on set, I developed a cold feet; I gave an excuse to run away but she still called me for another movie she produced. My output in the movie wasn’t really good because I had cold feet. My confidence level was very low but I did what I could do. I acted as a model which increased my fan base. After that movie, I got another one and that was how my career kicked off.

What movie brought you to stardom?

I cannot really say because so many people love me for the different movies I have featured in. I can’t point to a particular movie that gave me fame. I believe people love me for my roles and personality because you can relate with me as an actor or as a person who is full of mysteries. I think I got a lot of female fans from the first movie I did which was Lovelorn, produced by Rukky Sanda, even if my acting was not as good (as it should have been). I was always taking off my shirts in the movie. I focused on my appearance in that movie and all the girls that like fine boys liked that one.

What are the challenges you faced starting up?

I was a very chronic stammerer; I had to hit my foot on the floor before I could complete a sentence. I worked on it so much that you can hardly tell now when I talk and I thank my father for that. It affected my confidence level and how I related with people. Back then, when I saw people around, I kept quiet because I didn’t want to embarrass myself. At the time I started presenting on TV, I had worked on myself so well that people couldn’t tell if I was a stammerer or not. However, there are still days it comes and I find it difficult to control myself. But some directors that know me well just give me a few minutes to calm down.

How much were you paid for your first movie?

I was paid N50,000 and the title of the movie is Lovelorn by Rukky Sanda. I won’t say how much I charge now but I am well paid as an actor.

What are some of the challenges you face in the movie industry?

Funding is one of the major challenges we face in the industry, coupled with the chain of distribution houses. I think that the structures should be reformed. There should be some kind of sensitisation in the industry because most actors are not well paid.

Very few of us are actually well paid but most of the actors are underpaid because when producers invest their money in projects, they don’t get it back. Sometimes, if your movie is not going to the cinema, it will rather go to an online platform where you either sell exclusively to them or the TV houses. There are limited platforms to distribute movies which affects the budget of a movie because if you go all the way out to produce, you may be shooting yourself in the foot.

That is why some producers have one big name in their movies and a few other up and coming actors. Or he can decide to have all the big names in his movie because he will be going to the cinema. I also thank Nigerians because they are beginning to support Nollywood. When you go to the cinemas, you see people watching more Nigerian movies than foreign movies. The industry has really grown because the quality of movies produced then is totally different from what we have now. We just need to have more community houses and cinemas.

What are some of your aspirations?

I take each day as it comes. I have a big picture of what I want for myself and my family. I want to live a fulfilled life and build people as well. I want to create platforms where I can make more millionaires. I can’t sit back and say it is the responsibility of the government because if the government is failing, we, as individuals, should not do the same. As a producer, I want to be able to make movies that will compete with international movies and as an actor, I want to be able to work alongside people such as Denzel Washington and Brad Pitt, who are great actors and businessmen.

How do you achieve work-life balance?

It is really difficult to balance a career that is flourishing. You have to be out there because if you take a break, it will affect you. You have to keep working; yet, you have a family that needs you. Most successful people have their families suffer for their career and I must give credit to my wife because it has not been easy. Sometimes, you might be on the road all day. Right now, I am in a hotel in Ikeja, Lagos, because I got off set by 2am and I can’t drive back to my home in Victoria Island. If my wife was in town, she would be at home while I would be in a hotel. I also have to travel back to Enugu to film and after that, I will move to Paris; then, Malaysia. As a celebrity, your life is basically on the road. Sometimes you just have to say no to a N2m job so that you can give that one week to your family. It is a constant hustle but thank God for those spouses that understand.

Having married a foreigner, did your family oppose your marriage?

Nobody has a say in my life. I live my life for me and my immediate family, which consists of my wife and son. That is what matters. I respect my family but ultimately my happiness lies with me.

Is there really crisis in your marriage?

Well, I don’t want to talk about what some of these blogs are saying. If they are good journalists, they should investigate things before bringing it out to the world. They just post things because they want traffic to their blogs. If my wife and I are divorced, people will know because we won’t be single and acting married when other hot singles are out there looking for attractive spouses. I am still married to my wife and that is what matters for now. Every relationship, whether it is marriage or courtship, experiences good and bad times; so, mine is not devoid of that. I love my wife and she loves me too; so, we will definitely have our good and bad times. What is important is the love we have for each other.

How do you feel when people tongue lash her for dressing in certain ways?

I feel that nobody has the right to insult another person irrespective of how they dress. Even if it is out there in the public eyes, it doesn’t give anyone the right to talk or insult her. She dresses appropriately for every single event. If you feel comfortable wearing agbada in a pool or beach, then that is your business. Even when she is going to the club, she doesn’t dress provocatively; she dresses appropriately and I am not bothered. I love who she is and I definitely love her dress sense. Other people’s opinions don’t matter.

Where did you school?

I studied Sociology at the University of Jos. Then I came to Lagos to chase my dreams. I am not really an office person. I don’t think I can do a 9 – 5 job. I just feel that the whole schooling think was to fulfil all righteousness.