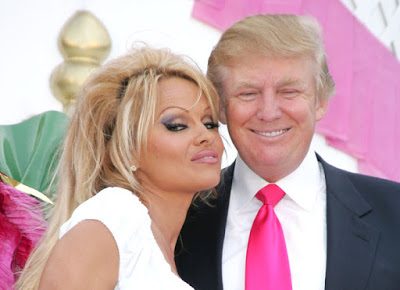 Pamela Anderson is never a boring interview. The actress-turned-Julian Assange spokeswoman sat down with the Hollywood Reporter for an interview that touched on everything from politics to her side gig as a magician’s assistant.

The animal rights activist has been popping up in the political sphere over the past few years, but just because she’s BFFs with Vladimir Putin doesn’t mean she’s pro-Trump. In fact, Anderson says she voted for Jill Stein after Bernie Sanders was no longer in the 2016 presidential race.Anderson, 50, reveals that she met Trump before and wasn’t impressed. “I think it was his birthday,” she explains. I was hired to be there. We all were paid like $500 a day. He was with a wife . I don’t know which one, but he was nothing special. Indeed, the Playboy pinup was at a 2005 birthday event for the future president at Trump Taj Mahal. Melania was there too.