Home / Gist / If The Price Is Right, I Can Act Nude, Says Reality Star, Teddy A 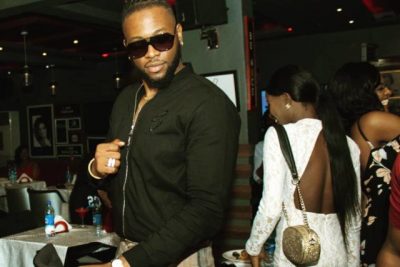 In a recent interview with Punch, Big Brother Naija former housemate, actor and singer, Teddy A, revealed he would readily go naked in any movie if the money is right and ‘on the ground’.

When asked if he can go naked in a movie, he declared, “How much are they paying me? There have to be criteria. There has to be money on the ground. You do not need to worry about the money involved, bring the script.”

And on how he handles his female fans. Teddy A had this to say;

“The way I cope with my female fans is by just seeing them as fans and that is the only way you can do it. You never really let fame get into your head because the same people that are talking about me now, were not talking this way about four years ago.

“So, I don’t see fame as anything; I see it as grace. You can be the finest guy or girl and not have any comment because people do not care about what you put in the social media. The fact that they reckon with me gives me joy and I owe everything to God and I am thankful.”

The singer further revealed that he was usually reckless with women but he gradually changed that aspect of his life, which according to him reflects in the way he treats BamBam, his fellow former housemate.

“People have seen the way I treated Bam Bam in the house and that is me when I am interested in a woman. However, I have no resentment towards my father. Whatever issues you have with your dad should not be because of your mother,” he said.