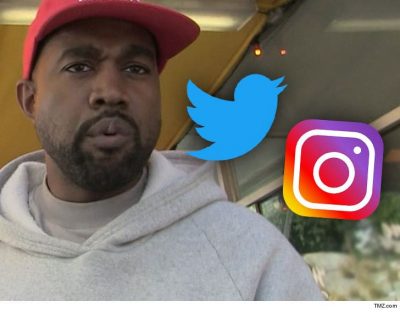 Kanye West’s Twitter and Instagram accounts no longer exist. The rapper’s social media presence vanished yesterday, Saturday (Oct. 6).It isn’t the first time West has deleted his social media accounts without warning. He stayed off of Twitter for nearly a year, making his return this past April, and recently went back to Instagram as well.

West had come under fire as of late for his support of Donald Trump on SNL and on social media, where he also published a tweet suggesting “we abolish the 13th amendment” of the U.S. Constitution — the amendment that brought an end to slavery when it was ratified in 1865. In since-deleted messages clarifying his words, he added “the 13th Amendment is slavery in disguise meaning it never ended” and “not abolish but. let’s amend the 13th amendment.” Goodluck Kanye!