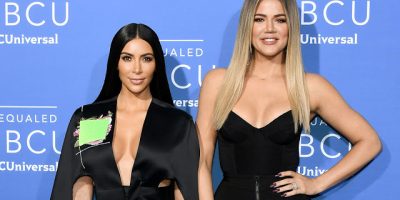 Kim Kardashian has been named the godmother to Khloe’s daughter True Thompson, who was born in April.

And on Sunday’s episode of Keeping Up With The Kardashians, the 34-year-old mother explained why.

‘I have thought this over long and hard and I’ve decided what I want to do,’ she said. ‘I just have to make the best decision for my daughter but I also am not trying to hurt anybody’s feelings.’

She added, ‘Watching Kimberly be a mom, I really respect her parenting skills — not that I don’t respect Kourtney’s, I relate to how Kim parents more,’ she continued.

But at the end of the day, this family is so close and we love each other so much and if anything, God forbid, were to happen, I know my daughter is in the best of hands no matter who her legal guardian is.’