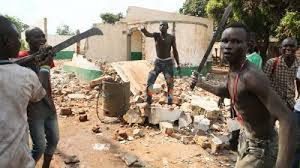 The Police said members of the team will work in synergy with the Kaduna State Police Command to ensure that total peace and normalcy are restored and sustained in the community and its environs.

Meanwhile the Kaduna state government on Sunday declared 24 hours curfew on Kaduna metropolis and environs to forestall breakdown of law and order within the metropolis.

A terse statement signed by the Senior Special Assistant to Governor Nasir el-Rufai on Media and Publicity, Samuel Aruwan said the curfew is with immediate effect.

The curfew was announced three days after sectarian crises in Kasuwan Magani caused the death of 55 people, while several properties were also destroyed.

The curfew was informed by fears of reprisal attacks.