Modric claimed the prestigious award after his impressive performance for both club and country this year to put an end to the 10-years of Ballon d’Or dominance between Messi and Ronaldo.

The 33-year-old won the prize at the Grand Palais in Paris, while Ronaldo came second followed by Antoine Griezmann who came third.

Kylian Mbappe who won the Kopa Trophy came fourth ahead of Lionel Messi who finished down in fifth.

See more photos with his family below. 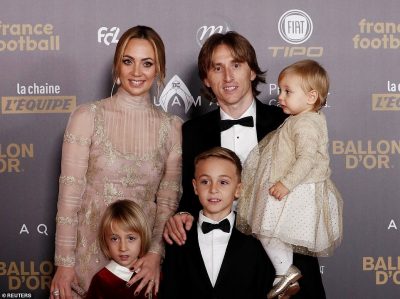 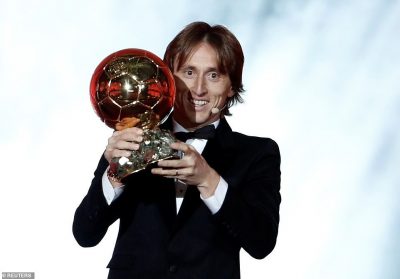