And just after Super model, Naomi Campbell turned up for the GQ event with Nigerian music star, Wizkid, there’s been a rumour that they are now an item.

However Naomi Campbell who debunked the rumour in a ‘thank you’ tweet to Wizkid, revealed that the StarBoy Records Boss is in the brother zone. Here is her tweet below;

Daily Mail reported that the couple arrived fashionably late. The supermodel, 48, nearly spilled out of her evening gown as she made a bold fashion statement in a funky patterned corset dress, while Wizkid wore a black suit paired with orange socks and white sneakers.

On the other hand, this is not the first time that Naomi Campbell and Wizkid are stepping out together. They walked for Dolce and Gabbana during its Spring Summer 2019 Men’s Fashion Show in Milan.

Before now, the super model was linked to Nigerian British rapper, Skepta. She seemingly confirmed rumors that she and musician Skepta are in a relationship via Instagram, after she shared a GQ cover featuring her and her beau cuddled close while wearing nothing but jewelry. The fashion industry icon could be seen smiling while Skepta appears to go in for a kiss.

Skepta was the first man Naomi has been linked to, since Egyptian millionaire Louis C. Camilleri in July 2017. Rumors began swirling about Skepta and Naomi Campbell dating in June 2017 when the rapper told The Sun the supermodel was his ‘favorite cover girl’. He praised her for breaking down barriers in the fashion world with her early Vogue covers as well.

Speculation among fans continued, but both Skepta and Naomi stayed quiet. They were spotted together at two Paris Fashion Week parties, which also fanned the flames. Naomi also accompanied Skepta to the NME Awards on February 15, 2018. They were seen partying together after the show.

However it seems their relationship is over after Skepta announced he is having a baby few months ago. 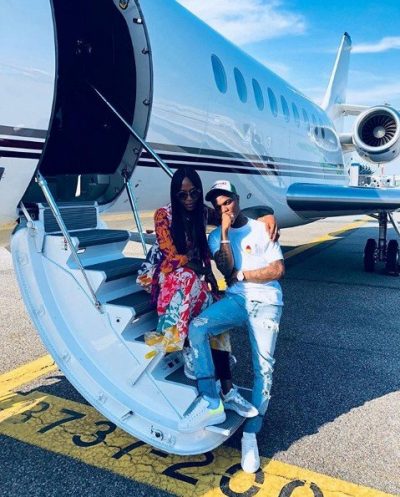 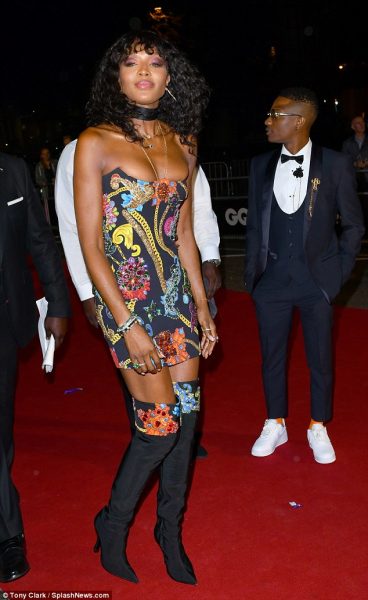 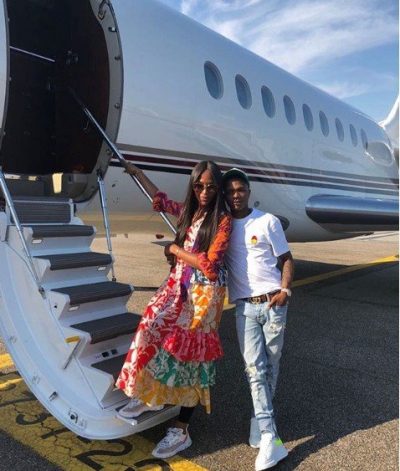