Home / Gist / My Tribal Marks Drove The Father Of My Child Away, Says Alabi, Nigerian Model 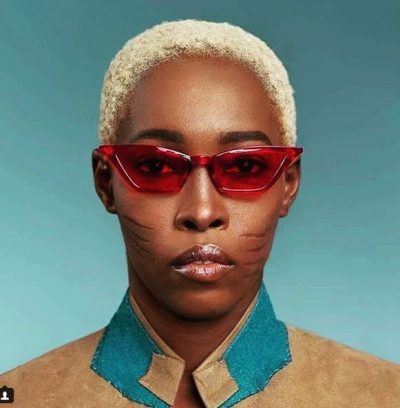 While chatting with Saturday Beats, it was obvious that the model with conspicuous tribal marks, Adetutu Alabi, is one of the happiest people on earth.

For so long, it had been her dream to work with American artiste, Rihanna, and it seems her dream is close to fruition.

Rihanna finally noticed the Nigerian model with prominent tribal marks as she replied her on Instagram by following her handle.

Shortly after the model revealed that she would like to work for Rihanna, her tweet quickly went viral with people tagging Rihanna. This obviously worked as the international singing sensation is now one of her followers.

Alabi took to Instagram to share the good news and expressed high hopes that Rihanna’s management would soon get in touch with her.

She further revealed that bullying due to her tribal marks discouraged her from going for university education.

She said, “I started modelling last year after I came out from my shell or hiding due to my tribal marks. The bullying started in my primary and secondary school days. Due to this, I learnt a skill instead of going to university.

“I was supposed to study law but I decided not to take the Unified Tertiary Matriculation Examination at all because I was scared of being bullied in the university. I believed that if I attended university, I might end up killing myself.

“Later, I had to ask my parents why they gave me these tribal marks and they told me it was because of our culture and to showcase my beauty.

“I didn’t feature in any of my primary school pictures because of my tribal marks and even though I had friends, I was always like a fifth wheel in the group. An embarrassing day for me was when a client told me to always conceal my tribal marks anytime I came to work with her. She eventually told me that she couldn’t work with me.”

Further speaking on the pain her tribal marks had caused her, she said some strangers had told her that she was ugly. 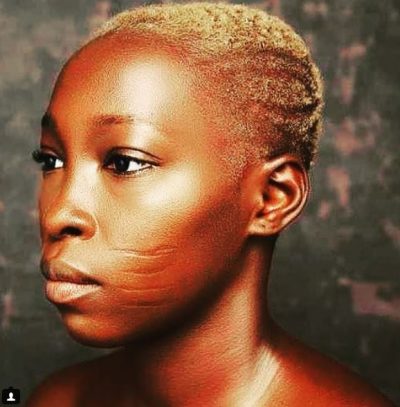 “Sometimes when I walk on the road, people would drag me, only to tell me I am ugly but I always ignore them because some people defend me,” she said.

The model further revealed that her tribal marks ended her relationship with the father of her child because he was ashamed of walking with her in public.

She said, “One of the reasons the father of my child absconded was because of my tribal marks. He could not be with me in public and he only made us meet at night; we dated for some months in 2008 and I got pregnant in 2009. I bore a girl for him and she will be nine years old this year.

“I felt I was the ugliest girl in the world. I got fed up with relationships because men didn’t always want to go out with me during the day; they would prefer to be with me at night. There was a guy I dated for two years and that was the condition of the relationship, so I had to endure.

“My mum died when I was four years old, so I grew up with a single dad. When I got pregnant, I had to run away from home to a foundation that accommodated me.”

Speaking on why she reached out to Rihanna, she said, “I was motivated to start the campaign when I woke up one day and saw that Rihanna posted a picture with a similar posture I assumed in one of my pictures and I have always been her fan.

“My goal is to model for her which I hope to achieve one day. I posted the picture and my friends reposted and retweeted it and the campaign began; that was it. I was very excited when she followed me back.”