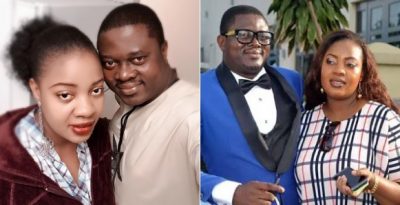 Highly respected Yoruba Nollywood actor, Muyiwa Ademola has shared a struggling phase he faced in his acting career and how his wife helped him get through it.

Ademola, in an interview with Punch Newspaper’s Sunday Scoop, said the period when the movie industry was experiencing an influx of comedy films was a tough one for him as he is not built for less serious movies hence leaving him to believe his career was over.

He said, “I have been depressed before and I thought it was over for me as an actor. I am a serious film-maker, unlike some of my colleagues who do comedy. When there was an influx of comedy movies in the industry, marketers wanted me to shoot comedy too. I tried to emulate my colleagues, but it didn’t come to me naturally.”

According to Ademola, his wife was the one who continued to reassure him that the period was only a phase that would pass.”I felt depressed during that period. I had stories that once you saw them, you would just go home and sleep. I felt dejected and thought it was over for me as an actor. But my wife helped me through those times. She assured me that it was a passing phase and it was actually one,”

Speaking on depression, Ademola who stars in a coming movie, Bipolar, said, “Most people are depressed, including celebrities. It begins like a child’s play and grows to the point when suicidal thoughts set in. You may think an individual is rich or has everything, but it is not always so.”