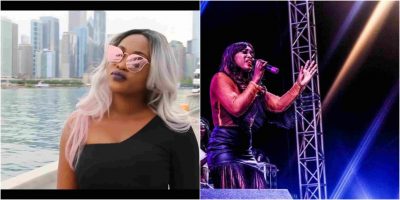 Nigeria’s afro pop music star, Doyinsola in a new interview with SEGUN ADEBAYO, talked about her music career and what to expect from her before the year runs out.

When you joined the music industry some years back, you promised to redefine Afro Pop music. With the way things are going for you now, can you say you have done well for yourself?

I would say yes. I am not where I want to be, but I am not where I used to be. The reception from the industry is really amazing. Everybody I have met showed me respect. The love has been motivating me to keep going.

To some people, music was the only thing they could do well. Others would say they switched to music when other things failed. In your case, how would you describe your journey into music?

My case is not a cliché. I was born into a musical family and I have been representing my school and church since age seven. My parents encouraged me to join the musical contest, Star Quest in 2007, even when I was still an undergraduate at the Lagos State University (LASU). I missed my second semester exams as a result of that. 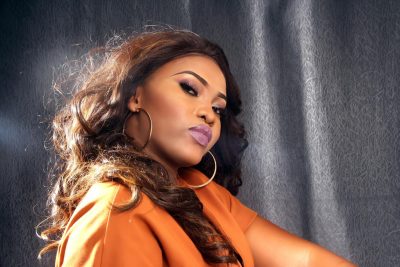 I later left LASU for Bowen University, where I bagged my BSc in Economics. Immediately after school, I knew music was my first option and my brother paid for my first studio session to record Bamidele in 2015.

You were on Star Quest in 2007 but released your debut single in 2015. That was eight years after. Why did it take so long?

I went back to school because I understood that nothing could replace education. I studied Economics and it was a decision I would cherish for the rest of my life. The respect I get from people now, because they know I am a graduate and music is not do or die for me; they respect my decisions and opinions. Education is very important to me. Honestly I thought I would work in the corporate world but music found me. Looking back now, doing music is one of the best decisions I have made.

I would like to thank my now Manager for the encouragement he gave me to join the show. I am not exactly a fan of reality shows as I thought such show was fixed. But the competition exposed me to a lot of things. I now understand music better because of that experience. My live performances have also improved and I am grateful for the experience.

Since you released Bamidele in 2015, what has changed about your career and why does it seem you are still yet to convince your fans that you are here to stay?

My major challenge has been funds. Promoting one’s music can be very expensive but with the little we have and with the fan base, I have grown, I am sure they know I stand for refined music. Anytime people hear my song, especially a new convert, they always fall in love with the sound. It has not been easy, but I’m sure, with the support of the media, discovering and promoting my sound, all that would soon be history.

Many people didn’t believe I would still be here, but I’m releasing my new single soon, I have some major collaborations in the works too. New videos and many more to offer are in the pipeline.

How has music been for you since you started, and do you think your music career is taking shape?

I did not even believe I would be here by now. I walk the street with a tinted vehicle now, because of the fear of being harassed even on the road. My career is taking the shape God wants it to take and I believe this is my time of sowing; very soon, I will reap.

At some point, you were said to have switched to the fashion line when music was not paying, how has it been?

I did not switch. I have been sewing since I was 12. Fashion has always been part of me, and as an artiste, being fashionable is also part of the game. I style myself. When people see me, they ask who sew my clothes.

At a point, my friends started asking me to make samples for them also and they actually want to pay me. So, I reckoned why not. Now when I’m not in the studio, I’m in my workshop making beautiful pieces with my team. The fashion line is really helping as I make some cash there to sponsor the music. I am glad for the talents I have. I can smell my success already; it’s only a matter of time.

Would you drop fashion one day when music becomes bigger?

No! The dream is to make the fashion as big as the music. For me, both work for the growth of each other. The more my music grows, the bigger my fashion will also become. I even intend to add a restaurant to the list. If you follow me online, you will see I’m always cooking. DY Meal is coming soon.

With Tiwa, Simi, Chidinma, Yemi Alade, Niniola and others ruling the airwaves, how do you intend to break into the music industry?

I believe we are all unique in our own different ways. The people you mentioned are the shining stars that give people like me hope. I don’t see them as competition, I see them as friends and mentors, and I believe my talent and style will set me aside. I believe if we all stick together as a force, we can break the barrier. The ladies have to show more support to each other.

How would you describe your kind of music?

I don’t like to cage myself when it comes to this music. I cut across and can give different vibes and sounds as long as it’s music. I draw my inspiration from things and people around me.

You did a song with 9ice and the video was also shot, but we don’t seem to be getting the best of you yet. How do you want to change this perception?

We keep working till we become the household name and our song on everyone’s lips. We’re coming to takeover let’s just trust the process.

What was it like having 9ice on your song?

It was like a dream come true. He’s someone I have admired from afar and when God said it was time, He made it happen. He blessed my song with his unique sound and brought life to it. He’s indeed 9ice because he gave his best and encouraged me. I am forever grateful to him for not treating me as just one girl in the industry, but as a daughter.

Which Nigerian artiste do you dream to feature on your new songs?

My dreams are quite big. I hope to work with the likes of David, Wizkid, 2baba, Wande Coal I can go on and on.

Has it been hard for you not having a record label that could help you realise your dreams?

It’s not been so easy having to do this alone. It’s not enough to have a good song without promoting it and shooting quality video. The few songs I have out there were produced and mastered by one of the best hands in the industry.

Even as an unsigned artiste, I still strive to put out the best. Thank God for the good support system that I have- my parents, brothers and manager.

Is it true that you are signed to your manager’s label?

What my manager runs is a management company. It is totally different from a record label. I am not under any label at the moment.

What does it mean to be managed by a man?

Whether it is man or woman, one thing I have come to understand is you need to have a manager that understands and believes in you. He takes a lot of insults on my behalf and has never complained.