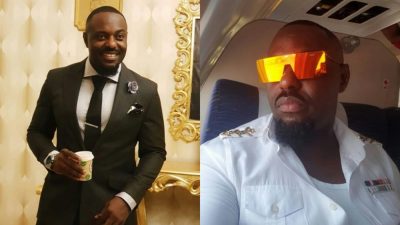 Nollywood actor, Jim Iyke has yet again lampooned a troll who does not like the way the actor lashes out at every negative comment from people.

The fan identified as @kerochee on IG, called the actor a ‘borrow pose’ saying he is an insecure man that’s why he goes online to fight every negative comment from trolls.

Well, Jim who is well known as the ‘king of clapbacks’ on IG , did not hesitate to reply the young man.

Read their exchange below;