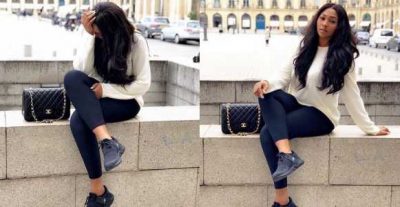 Nollywood actress and mother of one, Lilian Esoro whose marriage to music executive, Ubi Franklin crashed after a year seems to have found love again.

It was gathered that Lilan Esoro revealed why marriage to Ubi Franklin ended, shortly after it packed up. According to reports, a filmmaker and closed friend to the thespian, who pleaded anonymity, say she always complained about how distanced her husband was.

“He never showed up in any of her filming location and this was often a thing of worry for Lilian” he said.