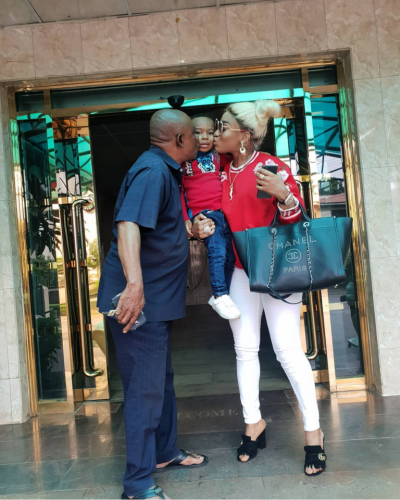 Nollywood actress and mom,Tonto Dikeh shared adorable photos with her dad, gushing over him for being both a father and mother to her.

She also made it clear she is not joking about playing the role of a father and mother to her son ,King.

She wrote “This man here played mother and father to me and mines. And you think me playing Father and mother issa Joke..
😂😂😂😂 Una Never chee chomething(something) Keep dreaming,What’s mine is All mine..#3GENERATIONS OF #THEDIKEHS”

The action has since earned her lots of backlash from fans. 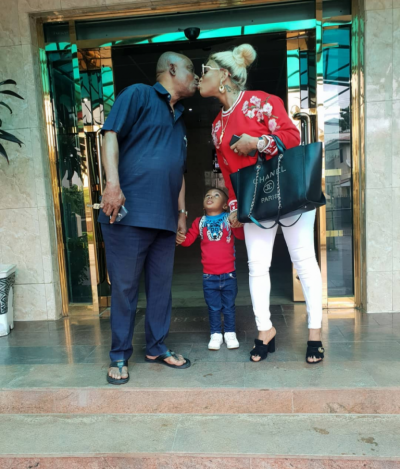 While one Jerry wrote “She devil. People watch out, she is the Nigerian antichrist coming soon.”

And one Ksas wrote “You just showed the world about your mental illness …. I will recommend that you spend some days at #yabaleft for proper check up Aunty tontolet ”

Another one wrote “Cursed woman from a cursed family with an angel for a son! How sad! I’m sure she has sex with her dad. It’s a normal thing in Rivers State.”

What do you think kfbers?