Home / Latest Updates / Photo: Cristiano Ronaldo Breaks Down In Tears After Dismissal From The Pitch 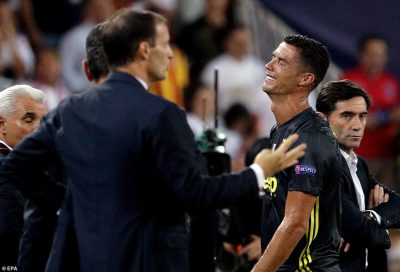 Top striker, Cristiano Ronaldo was sent out of the pitch in tears after he received a  red card. The was due to an off-the-ball clash with an opponent during Juventus and Valencia clash on Wednesday night.

Ronaldo twitched his boot at  Jeison Murillo as they clashed together in the 29th minute and the defender fell to the floor. Ronaldo  then pull Murillo’s hair in an attempt to lift him off the ground and the Valencia players straight away protested to the fifth official behind the goal.

Ronaldo was given a red card, after due consultations between Referee Felix Brych and his colleague. This made the player burst into tears as he made his way out of the pitch.

This will be Ronaldo’s 11th red card of his career but first in the Champions League.

He now faces an expected two-match ban for aggressive behavior, which means that he will be missing in action in the home game against Young Boys and the game in Old Trafford on October 23. 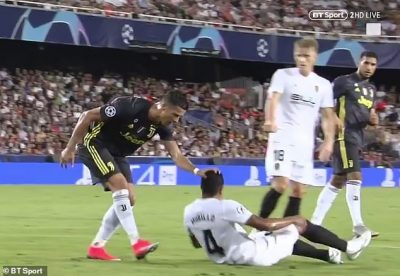 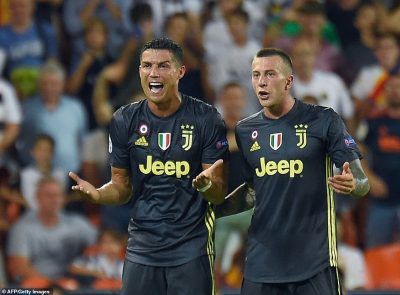