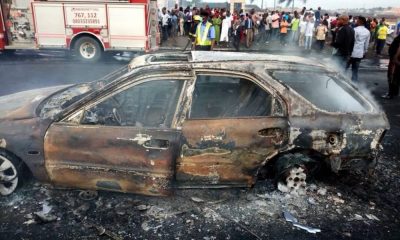 The Lagos State Government has released a statement commiserating with the families of those who lost their lives in the tanker explosion on Otedola Bridge.

30 vehicles had been reported burnt after a tanker exploded on the bridge.

Rescue agencies have been able to put out the fire.

The Lagos State Government, in the statement, said its thoughts and prayers are with the families of the victims.

On behalf of the Lagos State Government, we extend our deepest commiseration to the families of persons who lost their lives as well as properties to the incident. Our thoughts and prayers are with them in this time of pain and grief.

As a government, we would not relent in putting measures in place to ensure safety of lives and property of all residents.’

Meanwhile, Nine bodies have so far been recovered from the scene of the tanker fire that gutted vehicles on the Otedola bridge, along Lagos-Ibadan express way on Thursday.

54 vehicles and one tricycle were also said to have been burnt in the incident according to the state emergency management authority.

The tanker which was loaded with PMS, reportedly had a break failure. 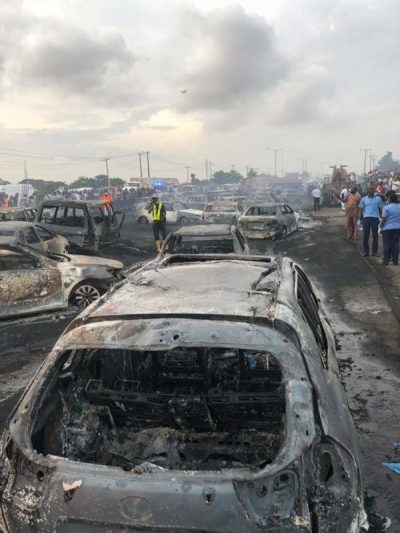 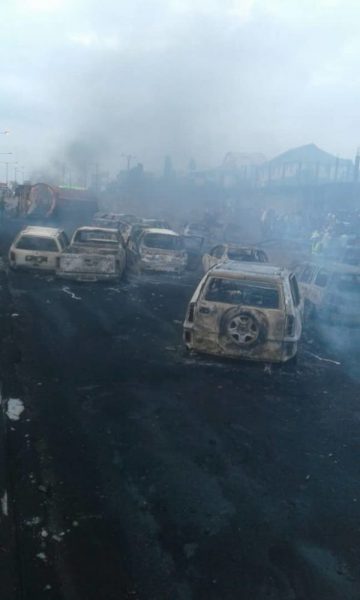 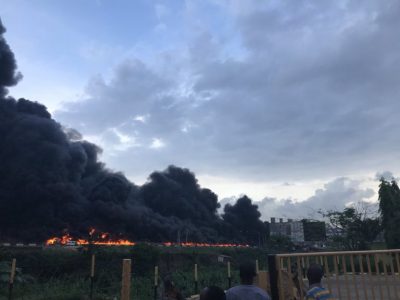 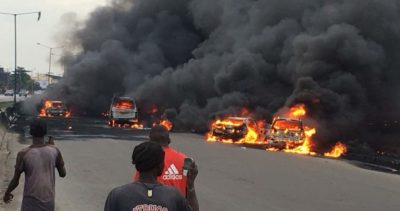 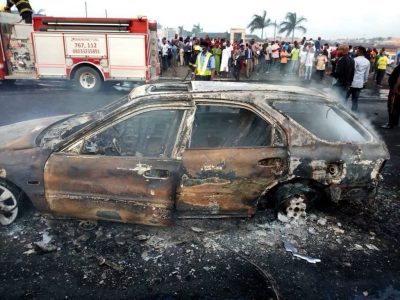 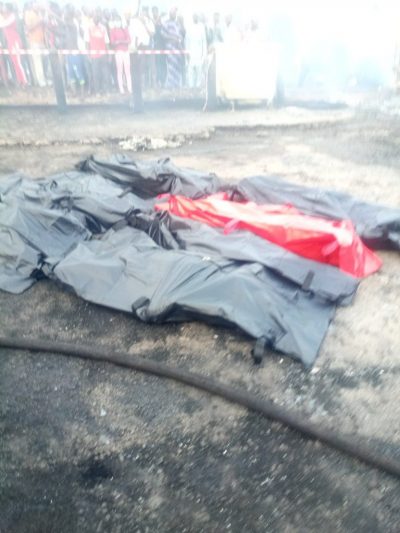 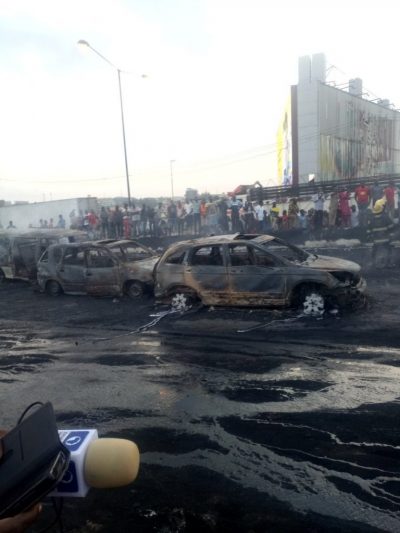