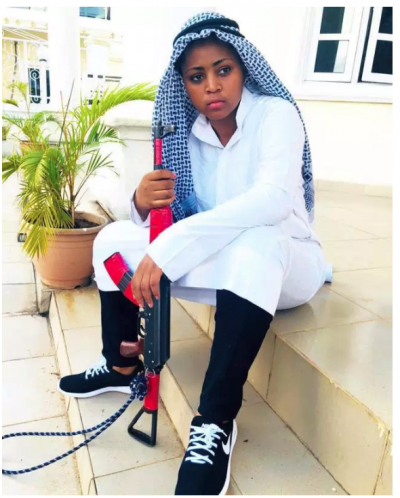 Teen actress, Regina Daniels has been captured slaying in a traditional Arab Dress while holding an unloaded AK-47.

The photos which were shared by the actress on her social media page are from her moments on the set of an upcoming movie.

Daniels who is said to be a student at Igbinedion University, Okada, Edo State is also a film producer. 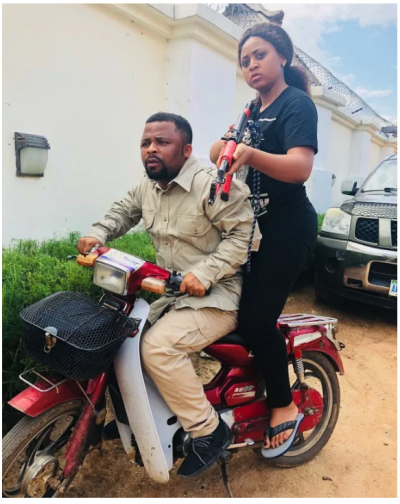 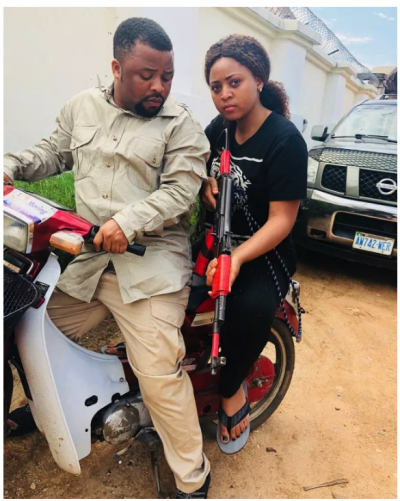 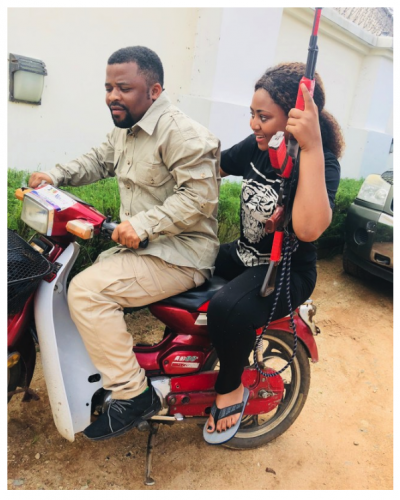 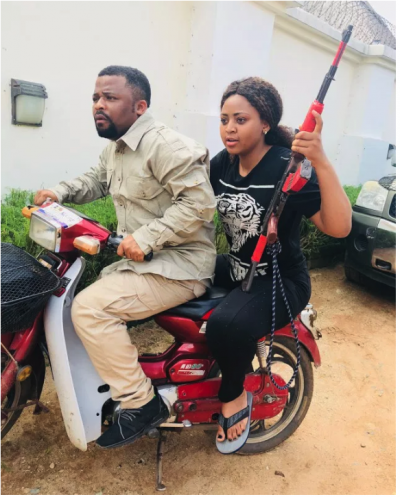