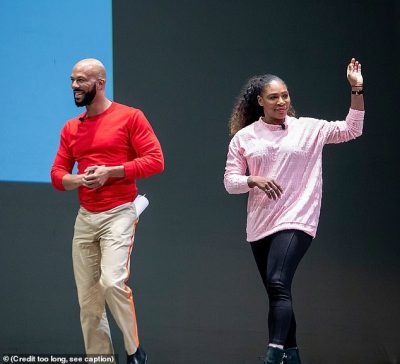 Tennis champ Serena Williams, reunited with her ex-boyfriend, Common, for Creative Minds Talks this week. The friendly duo spoke on stage in front on fans about philanthropy, activism and entrepreneurship at Lyric Opera of Chicago.

Serena stunned in a pink sweatshirt that read the words, “I am strong’ and ‘I am beautiful.” She teamed the off-court look with a pair of black tights and lace up boots.

The tennis legend had her brunette locks slicked back naturally into a ponytal and accessorised with a watch and bracelet. Her makeup was kept minimal with a natural glow, bold brow and nude lip. Common was dressed in a bright red T-Shirt with a pair of camel coloured trousers. The pair have remained good friends since the split, with Common frequently talking to social media to congratulate the athlete on her wins.

Back in 2015, the Smallfoot star opened up about their breakup on The Meredith Viera Show and confessed they had made a conscious effort to remain friends.

‘I have to say not every one of my ex-girlfriends is still friends but with some I am,’ he explained.

“(With Serena), it was kind of a mutual break-up but she initiated it. It’s okay though, we’ve got a great understanding and I care about her as a person … so we can keep that friendship.” 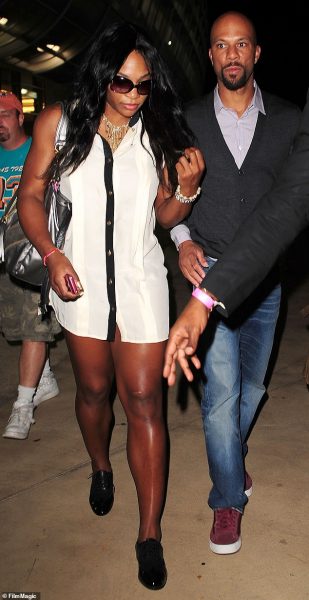