Home / Gist / Photos: Wealthy Man Proposes To Girlfriend With A Lamborghini But She Turns Him Down 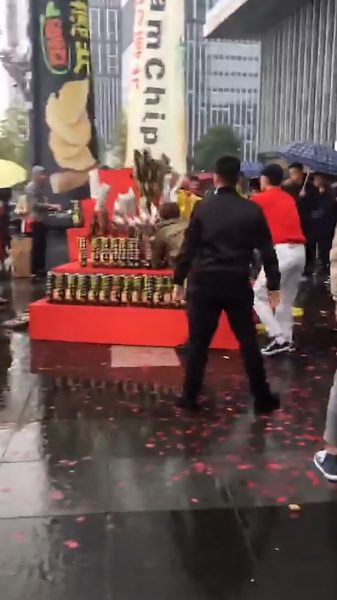 A wealthy man in south China was humiliated in public when his girlfriend turned down his elaborate proposal which involved balloons, roses, fireworks and a Lamborghini.

The man did not take the rejection well and continued to persuade her to say yes by blurting out: ‘I have money!’

The awkward incident, filmed on Saturday outside the Wanda Plaza shopping complex in Changsha, Hunan province, shows the pair quarrelling in front of stunned passers-by.

Hurt and embarrassed, the frustrated man then lost his temper and went on a rampage, throwing the large bouquet of flowers to the ground and knocking over products on display at the plaza.

While the clip of the incident has gone viral, many net users accuse the proposal of being a publicity stunt for the plaza’s property-to-entertainment conglomerate owner, Wanda Group.

The man had apparently purchased the orange Lamborghini for his love interest and asked her to meet him on the crowded square.

The rich suitor flaunts his wealth by putting on a small fireworks show for her and hands the woman a large bouquet of roses, saying: ‘Marry me!’

But things did not go as planned as the woman, who appeared to be an expat fluent in Mandarin, hesitated and then turned him down.

The frustrated suitor says while pointing at the Italian sports car: ‘I bought your favourite sports car for you.’

But the woman can be heard politely rejecting him in English, saying: ‘I’m so sorry, I don’t want to. I’m so sorry.’

His friend shouts: ‘But he’s bought the car!’

The suitor, in a final attempt to sway his girlfriend, yells: ‘I have money!’

He adds: ‘I can buy as many of these cars as you like. I can buy whatever you want.’

The woman turns him down in Mandarin, saying: ‘No,’ and the man grabs her saying: ‘Don’t go. Marry me!’

She turns and leaves with her friend, leaving the suitor and the crowd stunned.

But the drama does not end there as the man’s friends try to comfort him.

The suitor loses his temper at the crowd of onlookers and appears to throw a bouquet of flowers at a woman filming the proposal.

He then begins kicking and pushing over products on display behind him – belonging to the yam chip manufacturer company Hongtu. 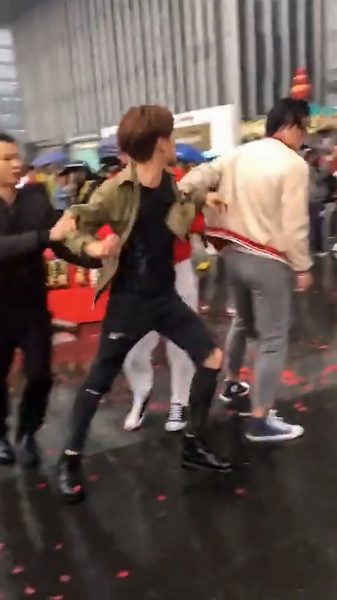 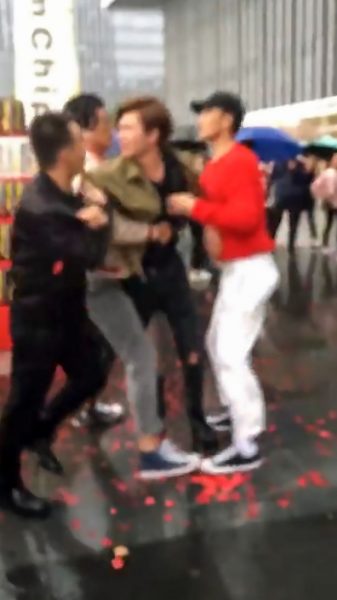 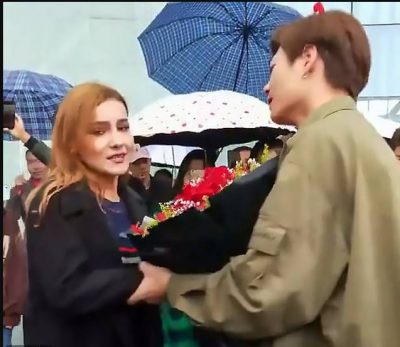