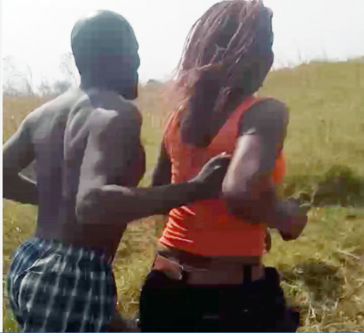 oseph Ponda, the pastor of AFM Church, Tynwald in Dzivarasekwa, Zimbabwe, has been caught, pants down, with a member of his assembly, H-metro reports.

The pastor is said to be currently nursing his wounds after being attacked by passersby who caught the two near a hill in the bush.

“I have seen the pastor with the woman, whom he was caught with several times in his vehicle. The woman is a single parent and also stays here in Dzivarasekwa.

I never suspected that there was something going on between them until I saw the video. I had the opportunity to see him after the incident and he was in serious pain from the assault” a source told H-metro.

Contacted for comment, Ponda could not deny or confirm the allegations, however he said: “I have a lot to say about what happened and I can not tell you over the phone. I will be free in two hours.”