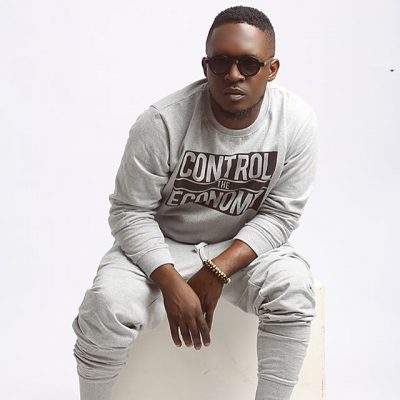 In an interview with Sunday scoop, MI stated that he cannot be labelled as the best all the time and that his colleagues had regarded him as the best in the past and so it is time for new generation of rappers to take over.

He also spoke on hiss relationship with former record label, Koker and insisted that there is no severance of relationship between his label and the former signee.

According to him, Koker’s contract with label had expired before he left the label.

“Koker just started his own record company, but Dice Ailes is still signed to Chocolate City. Koker was with us for five years and his contract expired before he left.”

On claims that Koker left out of discontentment, MI said he had yet to hear or read such. He added:

“I feel I need to respond to it to clear the air. Koker didn’t wake up one day and leave Chocolate City. He had a five-year contract with us and we are proud of what he did. No one knew him before he joined us but now, he is popular in the music industry.”

Reacting to Wizkid and Burna Boy’s endorsement of a South African artiste, Nasty C, as the best rapper in Africa, MI said he had no issue with it.

“Nasty C is taking rap music to another level right now; he is doing a great job. I cannot count how many times Wizkid has called me the biggest rapper in Africa. It is unwise to want to be called the best all the time. I think my focus now is always to do my best, not to be the best. I am a big fan of Nasty C and I appreciate everything he does.

“Since I called out Nigerian rappers to fix up their lives, I have seen changes. I believe that we have great and talented rappers in Nigeria; I was just trying to wake them up from their slumber.”

He, however, insisted that his new 10-track album was very deep and personal to him.

“This album is more personal to me and deeper than my previous albums. I like you to listen to it and tell me what you feel about it. I talked about mental health, low self-esteem, depression and other issues people battle with every day. I like all the songs; I don’t have a favourite track.”

MI said he was deliberately vulgar on a particular track to pass a message across to people who pretend.

“The concept of the song where I talked about sex is to pass a message to people who pretend. Of course, when we send it to radio stations, we will censor some parts. As an artiste, you make choices creatively in what you do. If you listen to the song from the beginning to the end, you will understand what I am trying to do. But I am aware that not everyone will agree with what I do.”