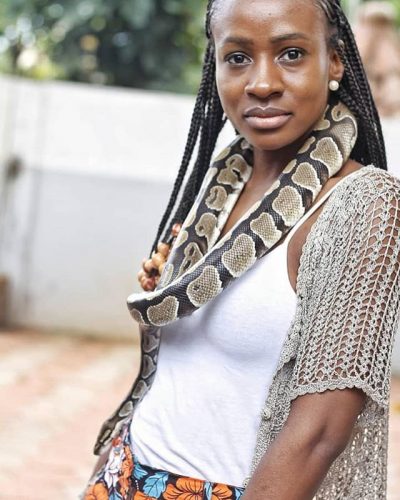 Big Brother Naija Double Wahala star Antoinette Munirat Lecky took to her instagram handle to share new photos with a Python in Benin. The American born reality star paid a visit to The Temple of Python in Benin, an ancient site, where lots of snakes are housed and worshipped in Ouidah, Benin. And rumor has it that women on their menstrual circle are not allowed to enter.

“At The Temple of Python during my trip to Ouidah, Benin Republic with @irinajo_ng 📷: ” She said.

In Ouidah, people are not usually afraid of snakes; rather they are seen as holy and blessed animals in the voodoo religion. And according to Atlas Obscura, snakes serve as a key totem for followers of Vodun, a religion practiced by groups of people within West and Central African nations such as Ghana, Togo, and Benin. 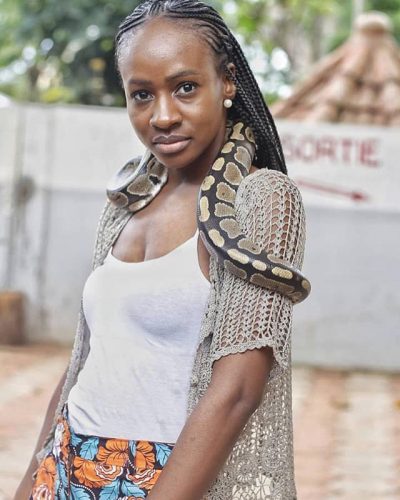 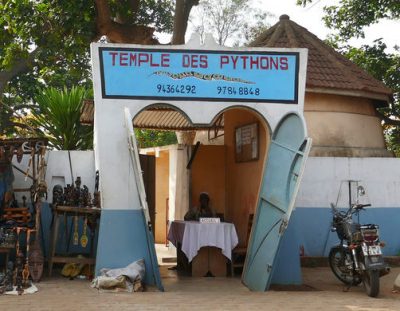 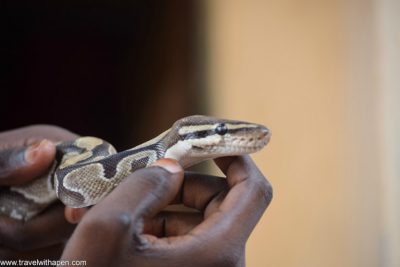