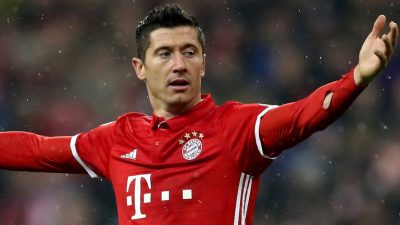 Reports have it that Polish international striker, Roberto Lewandowski has reiterated his wish to leave Bayern Munich to join Real Madrid. The player is also desired by Madrid president Florentino Perez.

Lewandowski is hoping to fill the huge void left by the departure of Cristiano Ronaldo to Juventus Turin. According to Sky and Marca (who is making a Sunday on the subject), Lewandowski warned Bayern management of his desires elsewhere.

“Lewandowski’s dream is to play for Real, but from there to make it happen …”, argues a relative of the player, quoted by Marca. Under contract until 2021, the Polish changed agent this year (Zahavi) so that his situation evolves in the direction he wants. But Bayern is still at the heart of its problem.