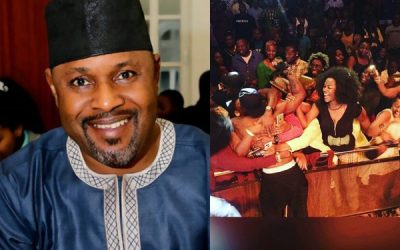 Nollywood actor and producer, Saidi  Balogun has accused fans of being the reason why a lot of celebrities are now living a fake life. According to him, the pressure to impress fans has led some celebrities into engaging in wrong measures which has prevented them from allowing their career works speak for them.

He said those celebrities engaged in fake life do such just to keep up a good appearance.

“It is always better to be yourself. I am myself, I don’t believe in the saying that you are addressed the way you are dressed. I believe that people should be judged based on their intellectual prowess and not by their appearance. I can ride okada from Lagos to Ibadan. I believe in doing what makes me happy” Saidi Balogun said.

“The pressure people put on celebrities can push some of them to get involved in some deals that they are not supposed to do. They force them to live fake lives” Saidi Balogun added.