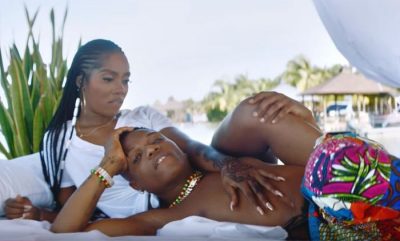 Following the intense cyber bullying by trolls over her role as a video vixen in Wizkid‘srecently released song, ‘FEVER’, Tiwa Savage has finally responded to the backlash that have been trailing her.

The mother of one has taken to her Instagram page to tell trolls that they can continue to call her names but that would not stop her at all.